I'll Give You the Sun - Jandy Nelson 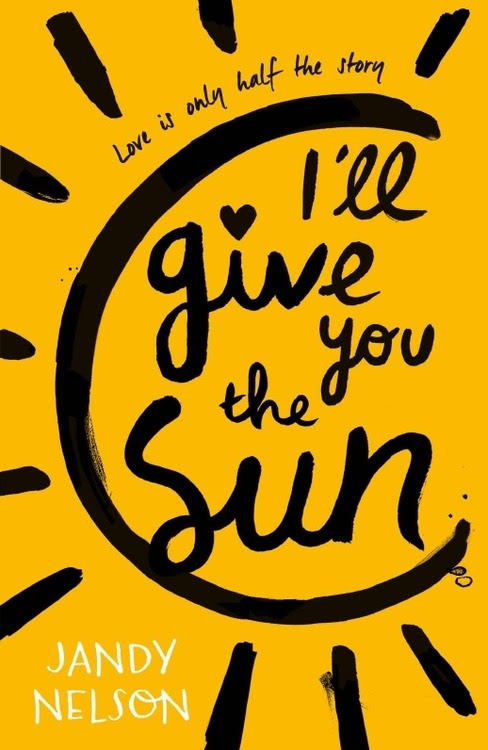 From the author of The Sky Is Every­where, a radiant novel that will leave you laughing and crying - all at once. For fans of John Green, Gayle Forman and Lauren Oliver. Jude and her twin Noah were incredibly close - until a tragedy drove them apart, and now they are barely speaking. Then Jude meets a cocky, broken, beautiful boy as well as a captivating new mentor, both of whom may just need her as much as she needs them. What the twins don't realize is that each of them has only half the story and if they can just find their way back to one another, they have a chance to remake their world.

I’ll Give You the Sun is the second book I’ve read by Nelson, The Sky is Everywhere being the first. Now I couldn’t tell you what happened in TSiE I read it so long ago, but I remember the absolute adoration I felt for the book and that I recommended it to all my friends. So going into this one I knew I’d love it.

Stylistically, I’ll Give You the Sun is not something I would usually read. I read a review in which it was described as “death by artistic metaphor” and I can see how they got this impression. In any other narrative, this style wouldn’t work. But Noah and Jude are artists, and they don’t see the world in the same way I do. They see the world in colour and movement and light, like a living painting, a living sculpture. I found that this was a really effective method to get into the headspace of an artist, something I’ve never been able to experience before. It was a really unique reading experience, and instead of being annoyed by it, or just tolerating it, I absolutely loved it. If you’re not usually into that flowery kind of prose, still give it a chance, you might like it.

The book is divided into both Noah and Jude’s point of view, Noah’s POV from age thirteen and Jude’s POV from age sixteen. Both halves have very distinct voices, I never once got them mixed up like a sometimes do with other split POV narratives. They’re both excellent, but I personally preferred Noah’s sections.

Another feature of the writing I loved were Noah and Jude’s little additions to the prose. Noah constantly paints in his head, and throughout the text Nelson scatters in the names of the portraits and self portraits he imagines. It’s such a creative and effective way to give another insight into how Noah is feeling. Jude’s text is littered from little excerpts from the twins’ grandmother’s ‘bible’, a book of superstition and witchcraft-like-spells, written by both Jude and Grandma Sweetwine. The narrative is hugely influenced by fairytale and folklore, which gave a strange but fascinating magical realism to the text. I wasn’t a huge fan of the prophecy aspect, but I see how it added to the plot and the overall feel of the book.

The book primarily deals with relationships, both romantic and familial. I was surprised by how small a part Jude and Noah’s romantic relationships played in the book, considering that is what the blurb and summary focussed on. Nelson focusses on the codependent relationship between the twins, and how they fall out and become almost estranged. Jealousy and sibling rivalry play a huge part in the breakdown of Jude and Noah’s relationship, and shows how damaging this competition can be to familial relationships. Parent-child relationships are also very important, and Nelson explores the different bonds between father, mother, son and daughter.

Nelson also deals beautifully with grief and bereavement, and how those left behind tend to blame themselves for the death of a loved one. All the characters deal with grief in different ways, some more self destructive than others, but we also see the different ways people can come back from a colossal loss.

Both Jude and Noah deal with their identity over the course of the narrative. Noah really struggles to come to terms with her sexuality, what it means for his future and how others will perceive him once they find out. Jude struggles with whether or not she is “that girl”, and the strain it puts on her relationship with her mother. This was my least favourite part of the book. I feel Nelson blames Jude’s promiscuous behaviour on her desire to aggravate to mother, and Jude feels like the universe punished her for her behaviour, and then decides to boycott boys in order to make things right. This made me feel a little uncomfortable, but I may have misunderstood. Feel free to correct me if I’m wrong.

I’ll Give You the Sun is a beautiful novel, and I would thoroughly recommend it to everyone. I was thoroughly engrossed by it, and I’m still thinking about it two weeks after I finished it.

Five Stars
Posted by Eimear Mulligan at 05:42 No comments:

Maycomb, Alabama. Twenty-six-year-old Jean Louise Finch--"Scout"--returns home from New York City to visit her aging father, Atticus. Set against the backdrop of the civil rights tensions and political turmoil that were transforming the South, Jean Louise's homecoming turns bittersweet when she learns disturbing truths about her close-knit family, the town and the people dearest to her. Memories from her childhood flood back, and her values and assumptions are thrown into doubt. Featuring many of the iconic characters from To Kill a Mockingbird, Go Set a Watchman perfectly captures a young woman, and a world, in a painful yet necessary transition out of the illusions of the past--a journey that can be guided only by one's conscience. Written in the mid-1950s, Go Set a Watchman imparts a fuller, richer understanding and appreciation of Harper Lee. Here is an unforgettable novel of wisdom, humanity, passion, humor and effortless precision--a profoundly affecting work of art that is both wonderfully evocative of another era and relevant to our own times. It not only confirms the enduring brilliance of To Kill a Mockingbird, but also serves as its essential companion, adding depth, context and new meaning to an American classic.

The first time I read To Kill a Mockingbird it was while studying for my Junior Cert, and it remains to this day the only studied text I ever loved. So I was obviously delighted when I heard there would be a sequel. But Watchman is to Mockingbird like The Casual Vacancy is to Harry Potter, just because you like one doesn’t mean you’ll like the other. Where Mockingbird is innocent, Watchman is complex, where Mockingbird is action, Watchman is slower. If you don’t like character study and development, talking and not much else, don’t read this.

I know Watchman was written first, but it really feels like a sequel. So much of it would feel unexplained if I hadn’t read Mockingbird, so if you haven’t read it you probably should. I understand why Lee’s editor asked her to write Mockingbird because the whole novel contains these allusions to what can only be a fascinating untold story.

The novel deals with the idea of rationalising racism, which is still a relevant idea today unfortunately. Characters like Atticus and Henry fell they are totally justified denying black people their humans rights and treating them as less than equal citizens for a number of convoluted reasons, some that people still try to use today. It’s quite upsetting to watch otherwise intelligent and kind people try and justify cruelty towards others, and the fact that it’s just as topical and prevalent now as when Watchman was written really makes you despair for humanity.

Lee also deals with the fallibility of our role models. Through Jean Louise’s relationship with her father, we explore the idea that there is no greater heartbreak than finding out someone you looked up to is wrong sometimes. We’ve all had a moment when we realised our parents or other role models didn’t know what they were talking about, but Jean Louise’s is particularly traumatic. Atticus, a paragon of goodness in her eyes, falls as she realises that his compassion only stretches so far.

One thing I’m sure about Watchman is that Lee writes children like no other. No other writer I’ve ever read has captured childhood and the minds of children quite like Lee, which is probably part of the reason Mockingbird was such a success. Her writing is beautiful, and I wish there was another book of hers I could read.

Overall, just because you liked Mockingbird doesn’t mean you’ll like this. But I’d give it a go anyway.

Four and a half stars
Posted by Eimear Mulligan at 07:21 No comments: 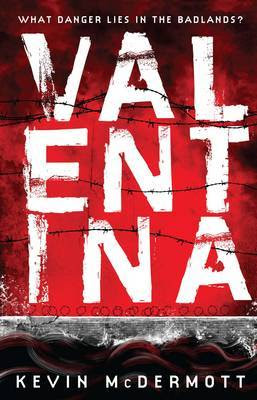 Three stars
Posted by Eimear Mulligan at 08:59 No comments: