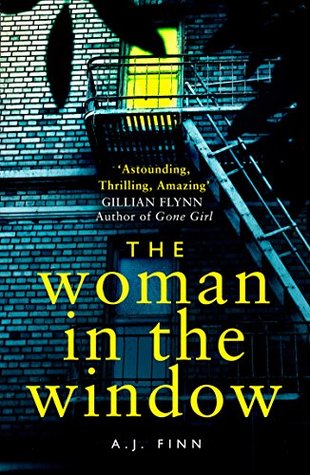 
Three and a half stars
Posted by Eimear Mulligan at 13:59 No comments: 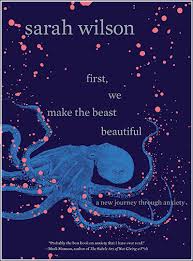 Firstly, while I loved this book, I’ll acknowledge it is not for everyone. If you don’t like it 50 pages in, you’ll probably never like it. The book is a combination of a memoir and tips and tricks for dealing with anxiety. It’s clear that Wilson has done a huge amount of research for the book (or for her life with anxiety in general), a lot of which includes cold-emailing people she’s read or heard about to pick their brains. It’s not structured linearly, Wilson dips into the different times in her life that helped illustrate the concept she’s talking about. There’s not a huge amount of structure at all really, the book is like a long conversation with a friend who says “listen…. this is everything I know”.


The main difference between how Wilson treats her anxiety and the way it’s viewed
by the medical community is that Wilson sees it as a personality trait to be embraced
and managed, rather than an illness to be treated. The book low-key felt like lists of
tips and tricks for forgetful people. Wilson doesn’t view anxiety as a thing to get rid of,
it’s just a personality trait that you have and can manage.

While I didn’t identify with everything Wilson has experiences, (and under no circumstances am
I even considering giving up sugar), there was plenty I did connect with. Basically what I took
away from this book is that we all need to start meditating.

This book isn’t for everyone, but I got a lot out of it.


Four Stars
Posted by Eimear Mulligan at 15:58 No comments:

I put of reading Conversations with Friends,  because I felt it may hit too close to the bone while I was
studying in Dublin. And I’m glad that I left it because it definitely triggered me a tiny bit.

Firstly Sally Rooney’s writing is excellent. It’s sparse yet effective, even if her method of writing
dialogue takes getting used to. The characters themselves are wonderfully written. They are not
very likable, but they are very real. Frances, the protagonist, and Bobbi her ex-girlfriend/best friend
and probably the most so, but so are most of the cast. I personally don’t much care if the characters
are likeable or not, more importantly Frances, Bobbi and the rest of their cohort are realistic. They
make very poor yet realistic choices, they fuck eachother over and help eachother out, and effectively
illustrate the intricacies of modern relationships. I didn’t really care if they were unlikeable, they were
memorable and told a great story. Bobbi and Frances may also only be considered so unlikable
because they are women, I thought Nick was just as annoying but in a different way.

Personally, I found Rooney’s depiction of Dublin’s ‘Champagne Socialists’ extremely realistic. Both
Fances and Bobbi romanticise the idea of not working, and the idea of poverty itself. But when
Fances’ father stops sending her allowance, not only does she struggle to survive, but she’s ashamed
of having to work to support herself. She hides her newfound poverty from Bobbi, who has a wealthy
family supporting her, and her boyfriend Nick. When Nick, who has a fair bit of money himself, finds
out that Frances is struggling financially,he helps her out. But this only serves to create tension in their
relationship, as Frances hates that she depends on Nick, and becomes obsessed with paying back
everything she owes him. Bobbi also has an interesting and hypocritical relationship with the 1%.
She also ‘hates’ the rich, but is bankrolled by her rich father and fits in among the upper middle class
seamlessly due to her privileged upbringing. Unlike Frances, she may never actually have to work,
but only because she has her rich family propping her up. Establishment money also supports Melissa,
the ‘free spirit’ writer/photographer. She humours Valerie, her patron, despite Valerie’s bitchy
behaviour, and openly tells Frances she only puts up with her because she backs her financially.
Through Melissa’s relationship with Valerie, Rooney illustrates the unfortunate dependence of artists
on their benefactors, and how this relationship conflicts with their political principles.

I think Rooney does an excellent job addressing the disconnect between how the characters view
themselves and how they are seen by others. Bobbi and Frances both think that the other is more
interesting. Whenever Bobbi and Frances attend a social event together, Frances is very conscious of
the way Bobbi behaves, how she holds people’s attention and fits in easily. However, Bobbi tells
Frances that she is the more interesting one of them, and that their friends are more interested in
speaking with her and hearing what she has to say. Frances and Nick also misinterpret each other
frequently, both of them think they come on two strong and that the other is distant. Melissa believes
that Frances is disgusted by her middle class lifestyle, but Frances is really just jealous of her.

Conversations with Friends  is a quick and engaging read, if you’re not bothered by annoying
characters I would highly recommend it.


Four and a half stars.

Posted by Eimear Mulligan at 12:53 No comments: