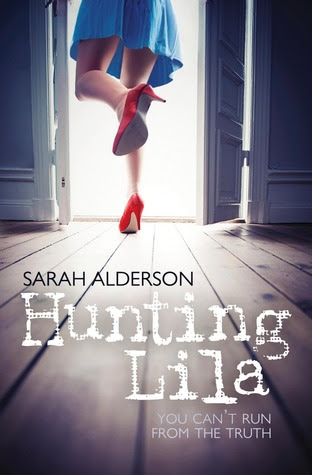 17-year-old Lila has two secrets she’s prepared to take to the grave. The first is that she can move things just by looking at them. The second is that she’s been in love with her brother’s best friend, Alex, since forever.
After a mugging exposes her unique ability, Lila decides to run to the only people she can trust—her brother and Alex. They live in Southern California where they work for a secret organization called The Unit, and Lila discovers that the two of them are hunting down the men who murdered her mother five years before. And that they’ve found them.
In a world where nothing and no one is quite as they seem, Lila quickly realizes that she is not alone—there are others out there just like her—people with special powers—and her mother’s killer is one of them…

There’s not a whole lot to say about this book. Hunting Lila is basically a supernatural thriller with a few key characters. I haven’t read anything else by Sarah Alderson, and I must say I really liked her writing style. It was very easy to read and carried the narrative well.  Hunting Lila also has a very fast-paced plot filled with twists and turns. I will say that these kind of novels tend to have massive plot holes, but as far as I could tell this one was airtight.

However, the plot really holds this novel together, as the characters are fairly two dimensional.  Lila, the protagonist, has basically one characteristic, which is her undying, completely ill-timed love for her brother’s best friend Alex. Lila doesn’t seem to have any personality except for her obsession with Alex, and she never seems to understand that there are more important things going on with her life. If Lila didn’t have a side interest in the death of her mother, she would be one of those girls who are defined by who they are in love with. And I hate those girls.

The other characters are fine, nothing special. Rachel is particularly annoying and doesn’t do much to help expel the stereotype that pretty girls are always massive bitches. The most interesting character is probably Demos, with Suki coming a close second, so watch out for them.

Genre-wise, Hunting Lila is supernatural, sci-fi(maybe), thriller, romance, leaning heavily on the romance. It's like The X-Men crossed with The Summer I turned Pretty by Jenny Han. Recommended for teenagers, ie. below the age of 18.

Posted by Eimear Mulligan at 15:39