Not That Kind of Girl - Lena Dunham 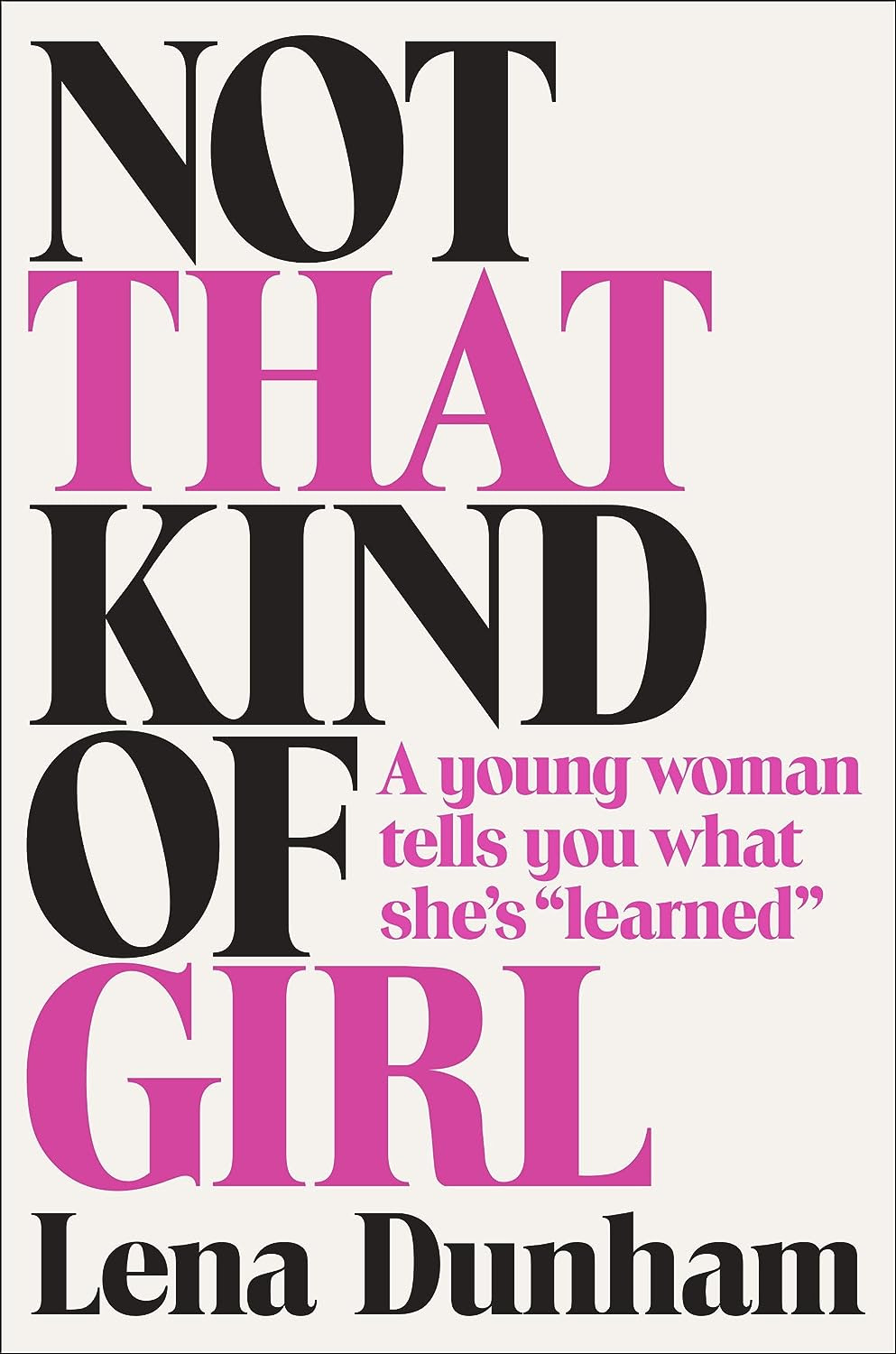 From the acclaimed creator, producer, and star of HBO's Girls comes a hilarious, wise, and fiercely candid collection of personal essays that establishes Lena Dunham as one of the most original young talents writing today.
In Not that Kind of Girl, Dunham illuminates the experiences that are part of making one's way in the world: falling in love, feeling alone, being ten pounds overweight despite eating only health food, having to prove yourself in a room full of men twice your age, finding true love, and, most of all, having the guts to believe that your story is one that deserves to be told.Exuberant, moving, and keenly observed, Not that Kind of Girl is a series of dispatches from the frontlines of the struggle that is growing up. "I'm already predicting my future shame at thinking I had anything to offer you," Dunham writes. "But if I can take what I've learned and make one menial job easier for you, or prevent you from having the kind of sex where you feel you must keep your sneakers on in case you want to run away during the act, then every misstep of mine will have been worthwhile."

This will not be a very long review, because I don’t feel like a can do the usual slapdash literary breakdown that I usually do on this humorous-yet-serious memoir.

That being said I really enjoyed this book. It was an easy read, Dunham’s writing flows and I flew through the book in two sittings. Her sense of humour really appealed to me, and the tone yoyoed between farcical loonacy and solemnity. The humour in this book is quite similar to GIRLS, Dunham will be making a joke about a funny hat she used to wear and then drop an almighty truth bomb, so if you’re not a fan of the tv show, don’t read this. Dunham does have a really striking voice, and it is unlike any narrator of any novel I’ve ever read.

On a similar note, if you’re one of those people who shouts “Oh my God TMI” when your friend says “Last night I had this weird sex dream”, don’t read this book. However if you are the sort of person who will raise a quizzical eyebrow and say “Go on”, then this book is for you. Maybe there is too much information in this book, or maybe it’s just interesting to step inside someone else’s mind, to live a little bit of someone else’s life.

As far as I’ve heard there are two major criticisms of this book.

This is a hilarious yet poignant book. It will not change your life, but it will keep you occupied for around four hours. The only major beef I have with this book is that it is too short to justify spending €16 on a hardback copy, so thank you to my local library for stocking it. May you continue to be a fine establishment.