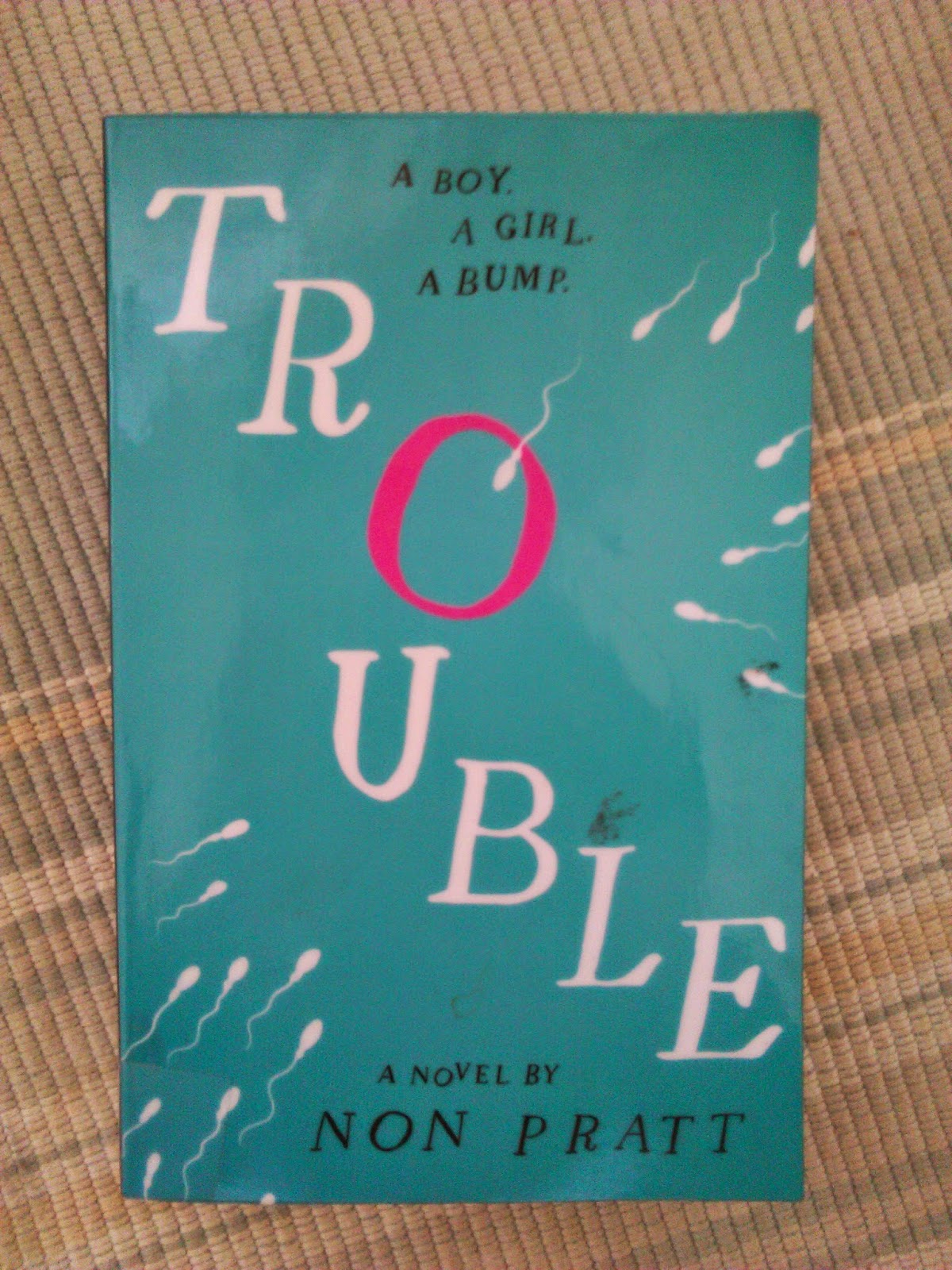 In this dazzling debut novel, a pregnant teen learns the meaning of friendship—from the boy who pretends to be her baby’s father.

When the entire high school finds out that Hannah Shepard is pregnant via her ex-best friend, she has a full-on meltdown in her backyard. The one witness (besides the rest of the world): Aaron Tyler, a transfer student and the only boy who doesn’t seem to want to get into Hannah’s pants. Confused and scared, Hannah needs someone to be on her side. Wishing to make up for his own past mistakes, Aaron does the unthinkable and offers to pretend to be the father of Hannah’s unborn baby. Even more unbelievable, Hannah hears herself saying “yes.”

Told in alternating perspectives between Hannah and Aaron, Trouble is the story of two teenagers helping each other to move forward in the wake of tragedy and devastating choices. As you read about their year of loss, regret, and hope, you’ll remember your first, real best friend—and how they were like a first love.

Trouble is the best teen-pregnancy (I’m pretty sure that is a genre at this point) I’ve ever read. Going even further than that, this is probably one of the best contemporary novels I’ve read in the way it captured teenagers and their lives. I found myself reading this in only a few days, and I didn’t want to put it down. It’s been quite a while since I read this book, and I never took any notes, so this will be brief.

My favourite aspect of this book is definitely the characters. Hannah and Aaron are two of the best drawn teenagers in any contemporary. If you’re the sort of person who finds John Green’s teenagers a bit unbelievable, you will love the characters in this. Some of Pratt’s characters are complex and multidimensional, and some of them, like real people are just plain awful and stupid.

Hannah and her best friend Katie embody the cliché of the ‘teenage slut’, looked down upon by their peers, the authority figures in their lives, and even the guys they sleep with. The girls really highlight the double standard amongst teenagers and the prevalent idea that some girls are for sex, and other girls are for dating, and there can be no overlap. Through Katie and Hannah, Pratt explores the idea that teenage girls feel that their self worth is based on their social standing and how desired they are by their male peers. Pratt eventually shows us that this is not true, both of these aspects bring neither of the girls any happiness. Hannah is the first female protagonist I’ve ever read about that has a sex-drive. She talks openly about her desires and isn’t embarrassed by them. It makes a big change from nearly every other YA heroine.

The boys aren’t portrayed very well either. While Aaron is generally a good guy, most of the others aren’t good friends to each other and really disrespectful to their female peers. Pratt illustrates that awkward period of adolescence quite well. Both the boys and girls are unnecessarily mean and bitchy to each other for no there reason then increasing their social standing and appearing cooler or more popular. I think everyone who has ever been a teenager will recognise this stage, and cringe at the memories of all they got up to between the ages of fourteen and sixteen.

Despite the fact that Hannah decides to keep her baby, which could be seen as a Pro-Life agenda, I felt that this book was quite pro-choice. Hannah considers her options and figures out what is her best option, Hannah chooses to keep her baby because she feels that is what’s best for her. Pratt never gets preachy or evangelical about any particular agenda, and she stresses that every situation and every pregnant woman is different.

Guilt is a huge theme in this book. Aaron’s guilt is what drives him to volunteer to be Hannah’s fake ‘baby daddy’. His desire to atone for his mistakes is a huge driving factor for his behaviour and leads him to do some questionable things.

I would definitely recommend this book, and if I reread the book I would update this review to make it more comprehensive because there is so much more to talk about. This is a fantastic contemporary novel that can be enjoyed by adults and teenagers alike.

Posted by Eimear Mulligan at 07:42