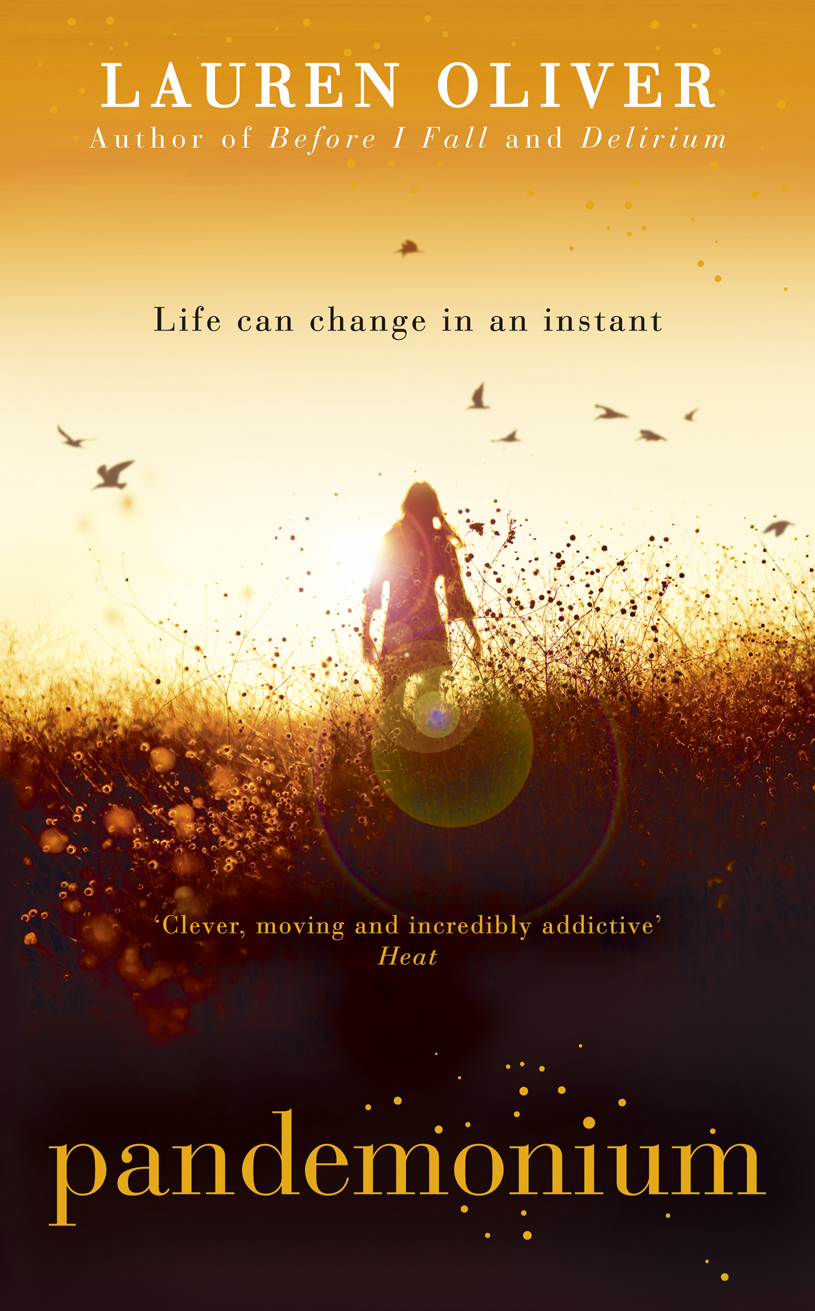 The eagerly anticipated sequel to the international bestseller DELIRIUM. Unflinching, heartbreaking and totally addictive, this novel will push your emotions to the limit.
Lena's been to the very edge. She's questioned love and the life-changing and agonising choices that come with it. She's made her decision. But can she survive the consequences? PANDEMONIUM is the explosive sequel to the critically acclaimed and bestselling DELIRIUM.

Pandemonium is the second book in the Delirium trilogy by Lauren Oliver, so don’t read this review if you haven’t read the first book. This novel follows our protagonist Lean as she escapes the dystopian society of Portland in a new America where Love had been declared a disease and must be cured.

The narrative picks up when Lena first escapes to the wilds, but also as Lena begins a mission for the rebels in New York. I found this dual timeline quite confusing for a while and it took me far too long to cop on to what was going on. However once I did catch on, I found this technique to be really interesting and effective, and as we reached the point when the two timelines met the tension and excitement grew dramatically. It was extremely interesting to watch Lena go about as a rebel agent, without knowing exactly how she got there before the very end. It was also an extremely effective way of contrasting the two Lena’s in the book, and because of this we see just how much stronger and self contained Lena is after spending some time in the wilds, compared to how weak she is just after leaving Portland. It’s safe to say Lena has been irreversibly witnesses in the wilds. Eventually Oliver gives up on the dual timeline towards the end of the book and concentrates on the now , but not before completely filling us in on what happened before Lena got to New York.

The most interesting relationships in this novel are those between Raven and Lena, and Lena and Julian. There are direct comparisons that can be made between these relationships. When Lena first makes it to the wilds it is Raven who takes her under her wing ( no pun intended) and introduces her to the way of life outside the fence. The same goes for Julian and Lena , except this time it is Lena who guides Julian in this new world. Here, parallels can also be drawn between Alex and Lena’s relationship in Delirium,as Lena opens Julian’s eyes to the world Alex once introduced her to. However, there are definite contrasts between Lena’s relationships with both Alex and Julian.  Alex is definitely the more dominant confident partner in that relationship. He is the one who tells Lena about the wilds and how love is not a disease but something that should be protected and celebrated. Lena is inexperienced and scared, very like Julian. In that case Lena is the one who teaches Julian about the world outside the fence and the true nature of this terrifying ‘disease’.  Just as Lena depended on Alex, Julian depends on her.

Up until now, our only contact with the Wilds has been through Alex’s stories and Lena’s imaginings. However, in Pandemonium we are fully immersed in the world of the wilds, and it is nothing like Lena expected it. Instead of being free, Lena and the other invalids are slaves to the seasons, food supplies and disease. There new found freedom provides little comfort, are there is a direct contrast between the different hardships that can be found in Portland and the Wilds.

As is to be expected, there is a lot of death in this dystopian rebellion story. But I was surprised by the form death takes in this book. Instead of people dying under gunfire or in explosions (like they probably would in the movie version of this book), most of the characters die from starvation or disease, which I found heartbreaking. I’m not going to lie, I cried on the train , in public, when a certain character died. There is something soul destroying to watch a character die in the wilds from an illness that could easily have been cured if they had the proper medicine.
In this book, as in Delirium , we see how love has been robbed by the cure. One of the most touching moments in the book was when Raven tells Lena about the sacrifices she has made for Blue, the young girl who lives with the rebels. And to contrast that , the story that Julian tells Lena about his father is one of the most horrifying and shows the deep and terrible impact the cure has on family bonds.

This book definitely lives up to its name, it is packed with action and emotion and the characters are pretty good too. I would definitely recommend this to anyone who enjoyed the first one. Oliver, unlike many authors , successfully keeps up momentum in her second book. Oliver’s writing is beautiful and it flows making the book incredibly easy to read and I had a hard time putting it down once it had started.

(Also look at that cover !! That cover is BEAUTIFUL !!)

(This is a really good book talk I found on YouTube. Once again do NOT watch this if you haven't read the book because there WILL be SPOILERS.)

Posted by Eimear Mulligan at 04:45