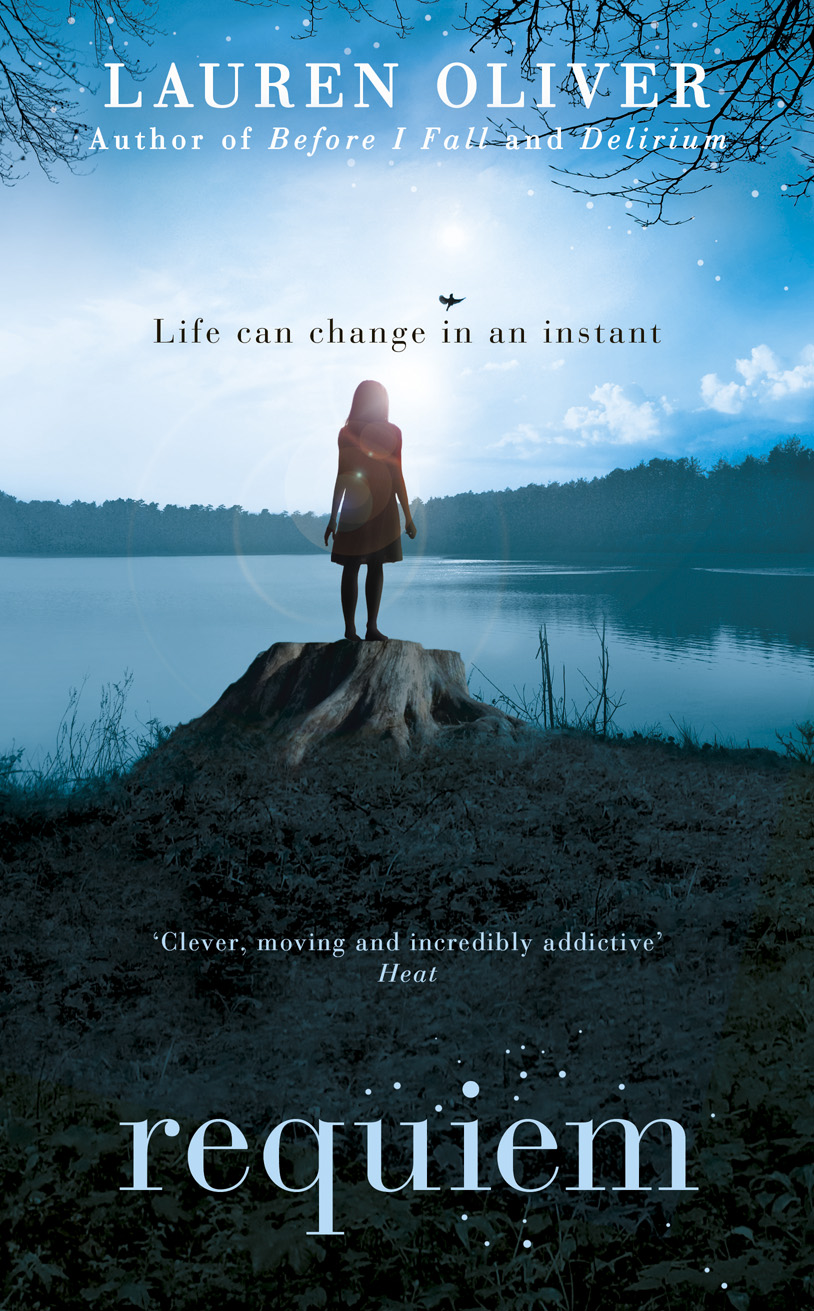 Now an active member of the resistance, Lena has transformed. The nascent rebellion that was underway in Pandemonium has ignited into an all-out revolution in Requiem, and Lena is at the center of the fight. After rescuing Julian from a death sentence, Lena and her friends fled to the Wilds. But the Wilds are no longer a safe haven. Pockets of rebellion have opened throughout the country, and the government cannot deny the existence of Invalids. Regulators infiltrate the borderlands to stamp out the rebels.
As Lena navigates the increasingly dangerous terrain of the Wilds, her best friend, Hana, lives a safe, loveless life in Portland as the fiancée of the young mayor. Requiem is told from both Lena and Hana's points of view. They live side by side in a world that divides them until, at last, their stories converge.

Requiem is the third and final installment in Lauren Oliver’s Delirium trilogy. This review WILL contain spoilers for the previous two books as I don’t think it is possible not to. I read this book directly after Pandemonium, and while I don’t think this is essential, I would definitely recommend marathoning them if you can get your hands on all three copies. There will be spoilers from here on in so don’t read any further if you haven’t read the first two.

First of all, I would like to address the unnecessary love triangle between Lena, Julian and Alex. All during Pandemonium I kept thinking “This is great, she’s getting over Alex, she’s moving on”, but no. Suddenly Alex appears back from the dead and creates a totally unnecessary love triangle just to annoy me. I tried my best to come up a reason that Oliver would use such a cheap plot device, but I can’t. I feel vaguely insulted, because I thought this book had more substance to it than other dystopian YA novels, and it generally does, except for this one little thing.

While Pandemonium was told by dual timelines, Requiem is told from two different points of view, Lena’s and Hana’s. Hana’s point of view was extremely interesting. Through her eyes we see how cities like Portland are being affected by the the invalids and the rebellion. Hana has gotten the cure, and while it does affect her, it hasn’t entirely worked. She still misses Lena, even though she isn’t supposed to, and she still finds the behaviour of the cureds strange. Although Hana has been cured and is supposed to be conforming into society, she still sympathises with the rebels and the poorer residents of Portland. Throughout the book we see Hana struggle with these emotions( that she isn’t even supposed to have). Eventually towards the end of the novel Hana and Lena reunite, and I definitely did not expect what happened....

One of the most interesting characters in the novel is definitely Fred Hargrave, Hana’s fiancé. At the beginning of the novel he is elected mayor of Portland, and while at first he seems to be a regular politician, we soon see that he is more than we expected.

One of the themes in the book, as in most dystopian fiction, is freedom. While Lena is technically free, she is not even remotely happy most of the time, and she freely admits this. As in many other dystopian books, Oliver explores the idea that freedom is the choice to be unhappy and free, and that no one thing can make us happy.As in Pandemonium, this book contains an awful lot of violence. Through the rebels, Oliver discusses whether the violence carried out by the invalids is worth it to achieve their aims. Oliver also explores the fragility of our society. Through the Waterbury camp, we see the lengths that people are willing to go to when they become desperate.

I would recommend this book to anyone who liked the first two. Unlike most YA series, this is actually a really satisfying ending to a very interesting premise, and it definitely didn’t feel like Oliver was stretching the story into three books for a bit of cash. I would recommend marathoning this series if you can get your hands on all three books together.

(And once again, a fabulous book talk from the equally fabulous Polandbannasbook, THERE WILL BE SPOILERS)

Posted by Eimear Mulligan at 02:18