Since You've Been Gone - Morgan Matson 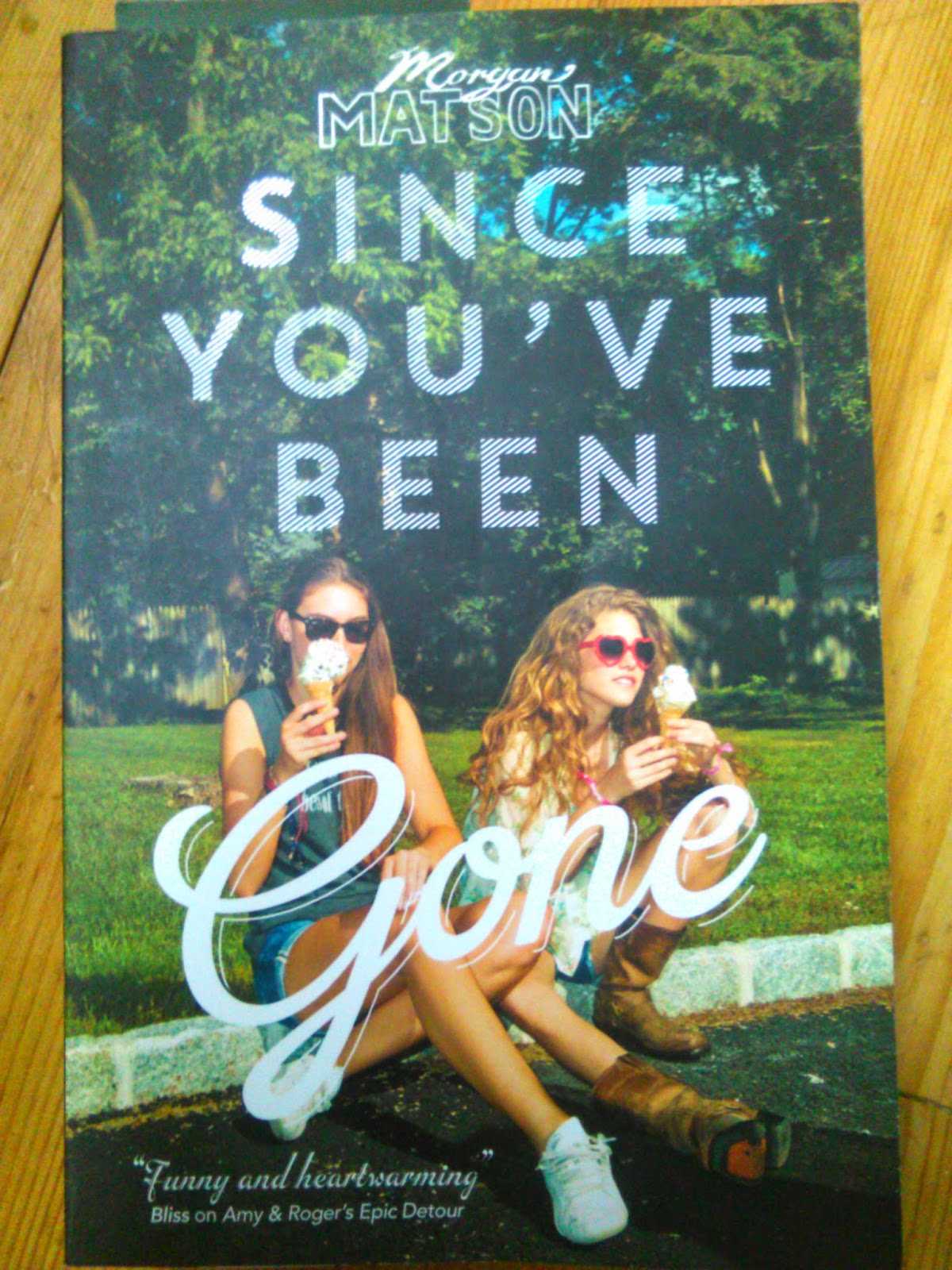 It was Sloane who yanked Emily out of her shell and made life 100% interesting. But right before what should have been the most epic summer, Sloane just...disappears. All she leaves behind is a to-do list.

On it, thirteen Sloane-inspired tasks that Emily would normally never try. But what if they could bring her best friend back?

Review:
Unfortunately, it has been quite a while since I read this book ( seven weeks…), so this review might be a bit of a trainwreck, but I’ll do my very best. This was an impulse buy I picked up in Hodges Figgus in Dublin because I had a book voucher. I had read Amy and Roger’s Epic Detour by Matson a few years ago and adored it so I knew I’d like this one.

The most important aspect of the book, and my favourite aspect, are the relationships Matson presents us in it. Now as this is a contemporary romance novel, these relationships aren’t exactly realistic, but they are wonderfully adorable. The main one is obviously Emily and Sloane’s relationship. Though Sloane leaves Emily at the beginning of the narrative, there are plenty of flashbacks as Emily reminisces about their time together to get to know her. The thing that struck me most about the girls friendship was, though there was genuine and equal affection between them, Emily relied far more on Sloane for social interaction and confidence than Sloane did on her. This made me feel kind of uncomfortable, that it gave Sloane a little too much power in the relationship, but it also explained why Sloane leaving a list of tasks for Emily to do without her is such a big deal, because without her best friend to lean on these tasks are actually quite difficult for Emily.

Emily and her love interest ( left unnamed to avoid spoilers ), are undeniably delightful, but a little problematic. Some of the twists and turns that led them together are morally dubious, let’s just say that Emily and her beau don’t really give a good example.Sam and Sloane have the most troubling relationship. Through them Matson deals quite well with emotionally abusive teenage relationships that are normally overlooked. While I was worried about them to begin with but I was happy with how it worked out.

The contrast in the relationships between Emily, Sloane and their parents are fascinating as well. While Emily’s parents are ditsy and detached, they have their children’s best interests at heart, and Sloane’s parents should probably revisit their parenting priorities.

This is without a doubt a coming of age story as throughout the narrative we see Emily growing and gaining confidence and independence. I’ve read reviews that describe the list of tasks Sloane leaves Emily as a bit tame an innocent, but I feel like she wouldn’t have been able to deal with a list any wilder than this.

There are a few gems in this book that I really enjoyed and added a bit of an individualistic spark. The play that Emily’s parents are writing sounds like an absolute farce and if there was any way that I could see it performed, or if there is a script lying around that could be published in the internet Matson should just go for it. I loved the playlists included, and while I didn’t listen to them all, sticking on a few tracks while listening did add to the reading experience. Frank’s favourite quote, “In a well ordered universe….” by a comedian whose name I’ve forgotten to write down is my favourite of these gems. I love the sentiment,and it is used as a sort of running in-joke between Emily and Frank, and it grows and develops with their friendship.

I really enjoyed this book. It’s gorgeous and fluffy, but also has a little bite to it. This is the best of contemporary romance, so if you’re into that you should definitely check this out.